IT security predictions for 2016

Online security has probably never been such a hotly debated subject as it was in 2015. From recent numerous high-profile attacks on Sony and others, to this year’s leaking of data stolen from the extramarital-affair-facilitating website Ashley Madison website, have pushed cyber security firmly into the spotlight. So what can we expect from 2016? Experts predict that this year will only see cyber crime increasing yet further. Here’s what you need to know.

If you think that only big corporations and prominent organizations are targeted by cyber criminals, you are making a deadly mistake. It might be tempting to sweep cyber crime under the carpet and assume that you are flying below the average hacker’s radar, but that simply isn’t true. In fact, it’s the polar opposite, since smaller enterprises are actually far more likely to be at risk than larger ones, owing to their typically less sturdy security postures.

So where does that leave you as a small or medium-sized business owner or manager? Does it mean you need to be taking your cyber security even more seriously? You can bet your bottom dollar it does, as industry experts predict that 2016 is only going to become more of a minefield when it comes to online crime.

The headline trend that IT security professionals pinpointed this year was that no longer were criminals hacking into websites purely to bolster their bank accounts. 2015 has seen the emergence of another strain of hackers, launching cyber attacks as part of a moral crusade. These people are not purely after money although in some cases this may also be a contributing factor - instead, their claimed motivation is revenge, or righting what they perceive as wrong. It is this diversification in the hacking community that has led security watchers to predict that, as we enter 2016, we are likely to see some different behavior from hackers.

Among the unpleasant predictions being made, a number of experts agree that hacks of a destructive nature will be on the rise. The fact that hackers are using attacks for retribution rather than simple monetary gain means that a wider cross-section of organizations may well find themselves being preyed upon, all the way from government agencies - traditionally ignored by hackers - to online retailers and other commercial websites.

Remember when Snapchat got hacked back in October 2014, and the hackers threatened to make public as many as 200,000 photos? Well, the bad news is that apps are going to continue to be targeted. In particular, those mobile apps that request access to your list of contacts, emails and messages can, in the wrong hands, be used to create the kind of portal that enables a cyber criminal to steal data or gain access to a company’s entire network. All this means that in 2016, hackers could be taking advantage of apps to do more than just steal your social media photos - they might have in mind the takedown of your entire company.

As a local business owner, social engineering - a means of tricking an individual into disclosing revealing or personal information about themselves or their company - is something you definitely need to be concerned about. You might pride yourself on being too savvy to fall for a cyber criminal’s tricks, but what about your employees? Can you be sure that each and every one of them exhibits the same amount of self control, cynicism, and wariness that you do? Not only that but, as we enter a new era of online threats, the criminals that use social engineering are growing in confidence and creativity. Dodgy emails from a bizarrely named sender containing a link to an unheard-of website are yesterday’s news. Modern social engineering is highly evolved and extremely cunning, and has the potential to convince even the most streetwise internet user.

How confident are you that your entire team of employees would be completely infallible in the face of a stealth attack from a seemingly innocent source? Could you trust them to restrain from divulging not only their personal details but also information pertaining to your company? Multiply the number of employees in your company by the number of phone apps they potentially use, and add to that the fact that any one of them could at any time be targeted by a social engineering scam, and the end result is a less-than-perfect security posture.

The sad fact is that there are people who want to do you harm - regardless of whether you hold confidential information about celebrity salaries, or are privy to a database full of cheating spouses. People, no matter how well meaning or vigilant, are the weakest link in any security chain, which means that ensuring your business’s safety necessitates educating your staff and ensuring that your network is impenetrable.

Professional training and a vulnerability assessment are two great places to start, so why not get in touch with us? We’ll make sure your business is as hack-proof as it can be. 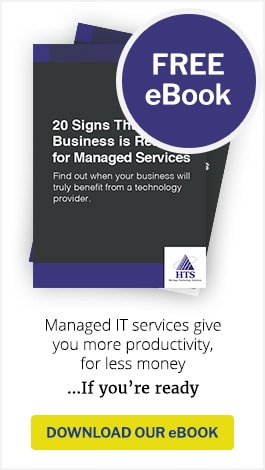